Get Married If The Price Is Right

BlogSocial ProblemsGet Married If The Price Is Right

Get Married if the price is right

Get Married if the price is right. Marriage denotes a fairy tale where a couple starts their life hand in hand through thick and thin. The sanctity is to such an extent that Islam says that half your religious obligations are completed when you walk in to holy matrimony. The custom is that a man or his family asks for the female’s hand and if he is given a thumbs up, the ceremonial bliss takes place.  The woman leaves her house moves in with her husband and his family and their journey begins. This scenario seems like a joyous occasion and a recipe of happiness. Well that isn’t the story always, marriage puts immense responsibility on the brides account. There is a known norm which has now been embedded in our culture; i.e. Dowry. A blessing for the groom where as a curse for his spouse to be. Dowry is an amount or goods paid by the bride’s family to the grooms. This may include but not limited to Gold, furniture, House, car, etc. Well this may be easy for the financially blessed families, but the poor ones have to go down a dark path. Many daughters cannot take the marriage leap just because they cannot meet this prerequisite (Get Married If The Price is Right). Some who cannot comply but still get married; have to face a life of taunts and discomfort.  Marriage is a promise to stand by through sickness and health and through rich or poor; but shouldn’t the promise be validated prior to the legal and religious authentication. Why does the bride in our culture go through the bumpy road? Whereas the responsibilities should be shared equally, so Is marriage a joyous mirage?

The cultural curse has been passed through generations and generation mostly in South Asia. The bride’s family has to provide the required dowry to the groom to ascertain that the new couple have a stable life. It seems like a compensation to the husband as he has to take care of the wife. The problem arises when someone can not comply with the promised upon dowry.  Some people avoid the hardships of  accumulating the needed remuneration by not getting their daughters married. One of the main post marriage problems for someone who does not bring her fair share of priced possessions is domestic abuse. The woman has to go through continuous taunts and domestic abuse. Some cases may even lead to conclusion of her life. This is where the contradiction arises, a man has to have his wife’s back through all hardships; but in such a scenario he is the reason for all the traumas (Get Married If the Price Is Right).

Get Married if the price is right 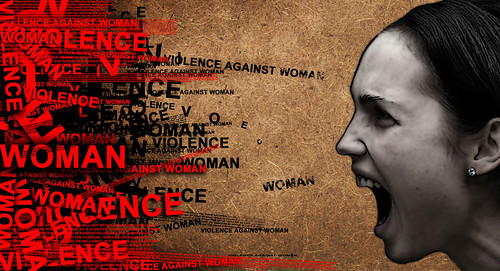 The statistics are quiet alarming, around 5000 women are killed every year in Domestic abuse.  The Human Rights commission of Pakistan claims that about 4 women are killed every day by their husband or any other family member.  Dowry violence includes mental and physical torture of the wife, murder, rape, acid attacks and lynching (Feroz, 2017). In 2012, 8233 women were killed in India on Dowry related episodes, these were all new brides and were killed by their husbands or his family.  In 2011 99,135 women faced violence and cruelty at the hands of their husbands and in-laws. In 2012 the violence intensified to 106,527. These barbaric actions by the man and his family are mostly consequent effects of Dowry related problems. These cruel measures may lead towards murder of the young bride (Nelson, 2013). A 25-year-old girl was forced to douse acid down her throat by her in laws as she was not able to bring the required Dowry.  This is just one of the many examples  but you do get the picture of intensity when it comes to Dowry abuse (Niazi, 2015).

26-yr old Ritu, a college lecturer, poisoned & killed for #dowry only 2 months after her wedding https://t.co/w6hXBmR1k0

Is it any better?

Due to education and awareness many people are moving away from this system. Cases of Dowry acquisition seem to have decreased in the Urban areas. There is still a lot of work needed in the rural areas to eradicate this norm. Sure if you are sitting on a fortune and by free will you want to gift generously to your son-in-law, that is big of you. The only problem is that this is treated as an obligation and a requirement. There are functions in which the grooms mother gathers all the gifts he receives and parades them for their friends and family to view. Which also points that people also give Dowry as consciously or subconsciously they are thinking that what may others think if they don’t. To avoid the taunting Log Kya Sochenge, people Get Married if the price is right.

The Pakistani government passed a women protection bill which was given a lot of mixed reactions. Punjab protection of Women Against Violence Act 2015 would respond to women facing psychological, physical or financial torture. Women would be given a designated number which they can call in case of any emergency. The first step would be to reconcile between the two parties; if the husband or in-laws continue to abuse their power; the husband can face a fine between 200000 to 500000 PKR and  a sentence of 1 to 2 years. This was one of the good things carried out by the PML-N government, but the bill faced major criticism from religious parties. The possible reason for the issue from religious parties is, women would be empowered to take actions and their husbands might lose their dominance. In April of 2017 the Punjab assembly also passed a law which requires the nikkahnama (marriage Certificate) to have all the details of the Dowry brought by the wife. The women would be entitled to what she brought in the case of divorce. Many NGO’s are doing a great job in assisting women who face any sort of violence. NGO’s like the Aurat foundation and Pakistani Women’s Human Rights Organization {PWHRO} are providing a safe haven for women in need and these organizations stress on gender equality

Get Married If The Price Is Right

” We urge the government of Pakistan to honor their obligations under international law to protect women in the country. This can be done by immediately reviewing judicial practice and criminal laws, for instance the Qisas and Diyat law which allows men to escape criminal prosecution after murdering their female relatives. The Pakistani government should make all forms of domestic violence a criminal offence” {PWHRO}.

The way Qandeel Baloch’s brother is being tried for her murder, shows that the people and our government are standing up for what is right and taking the right steps. May her soul rest in peace. There is an organization in India http://www.498a.org/, which focuses on protecting women against any dowry related problems. There is a toll-free number which can be called and they do their best to provide the needed protection for the potential victim.

The world has enough problems already and we keep this Pandora’s box sealed. We need to highlight these issues and find solutions to them. Equality and justice needs to prevail on all grounds and social issues such as dowry need to be shunned. I for one feel that Dowry should not be given at all or it should be given as a gift by the groom to the bride’s family. The bride has to leave her family and move in with a new family. She has a 360 shift in her life, what does the groom give up? Chinese men have to pay up to $24,000 in dowry, to get a bride (Guilford, King, & Wong, 2013)(Get Married if the price is right). Strict code of conduct need to be established and if not followed there should be fierce repercussions. Violators should be dealt with in the same manner, their status should not be taken in to consideration. The initial step is for us to condemn and take dowry of the table. The husband and wife should start their new beginning from the beginning and not from the profits he got from getting married. Start spreading awareness and treating dowry as a unjustified bargain for women and their families. The groom should make sure there is no force from his side to ascertain dowry. If the bride’s family are doing it out of good faith as a gift for their daughter and without any force well that is their call. Running after money, worldly possessions and loosing humanity within yourself would drag and push you in to a dark path; a deep well with no love, no life, no wife; just you and lots and lots of money. Choose the right path and do the right thing; SAY NO TO DOWRY!

Nelson, D. (2013, September 2). Woman killed over dowry ‘every hour’ in India. Retrieved from The Telegraph: http://www.telegraph.co.uk/news/worldnews/asia/india/10280802/Woman-killed-over-dowry-every-hour-in-India.html

Should you start a business with ...

Marriage is a Joyous Mirage